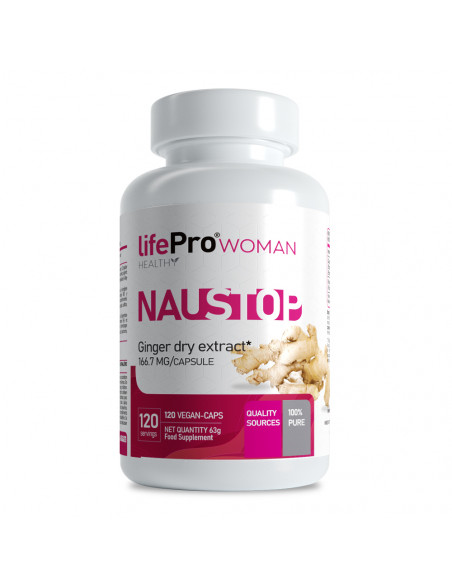 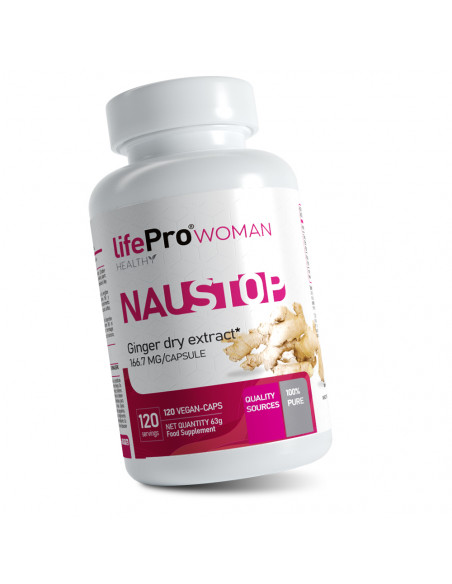 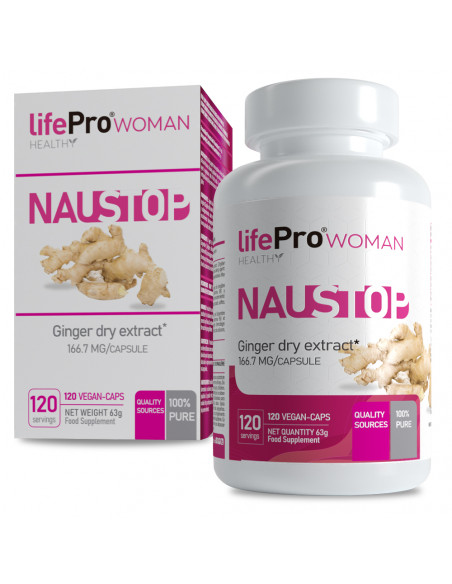 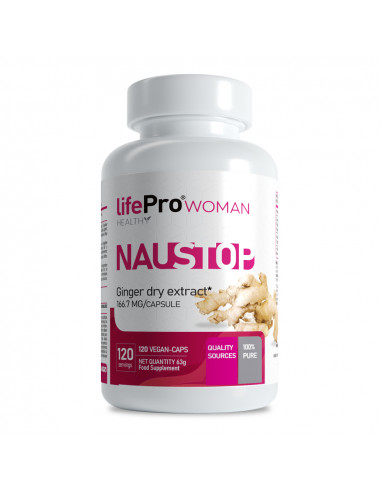 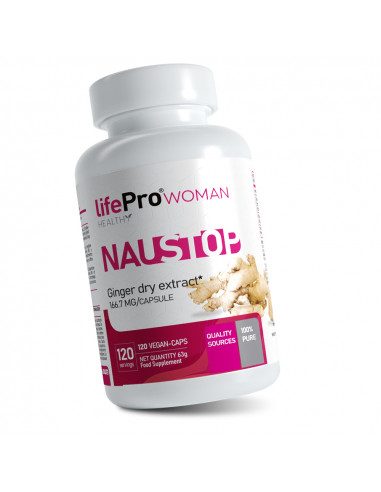 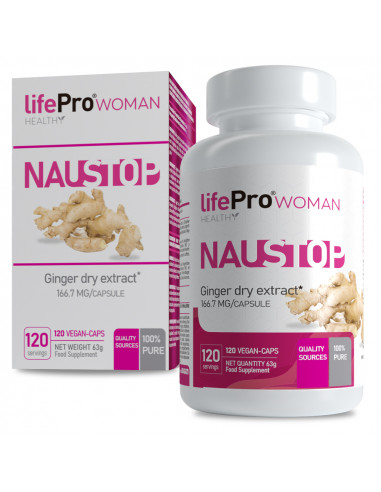 Naustop is a natural supplement formulated with ginger and vitamin B6, which helps to reduce the nausea that occurs during the first trimester of pregnancy.

Naustop is a natural supplement focused on reducing nausea during the first trimester of pregnancy.

It is estimated that over 70% of pregnant women suffer from some symptom related to nausea or the desire to vomit. That's why Life Pro has developed a supplement based on ginger and vitamin B6, two compounds with proven scientific evidence, which helps to effectively reduce nausea.

Ginger extract is one of the most widely used natural anti-emetics in use today.

The proposed mechanism by which it may reduce symptoms of nausea is its antagonist activity on 5-HT receptors.

In addition, ginger has anti-inflammatory properties. In this way, it acts on intestinal motility. It has been suggested that it may act on the vomiting regulatory center in the brain, which, as a result, may help reduce the vomiting reflex.

Vitamin B6 may be of interest in pregnant women with first trimester nausea. It has been suggested that B6 deficiency in the early weeks of pregnancy may cause this symptomatology. The mechanism by which this benefit occurs is unclear.

Vitamin B6 is used with antihistamines as a treatment for nausea during pregnancy.

What are the benefits of Naustop?

It is recommended to take 1 capsule of Naustop 30 minutes before each main meal, taking one before bedtime. 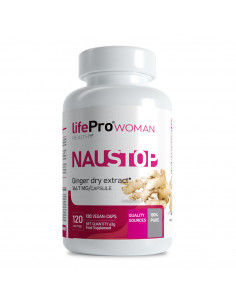