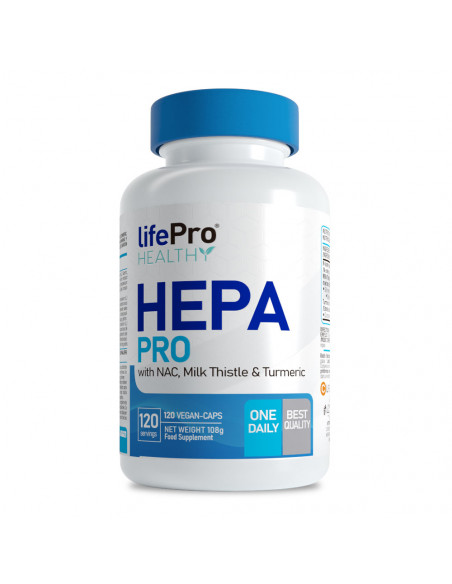 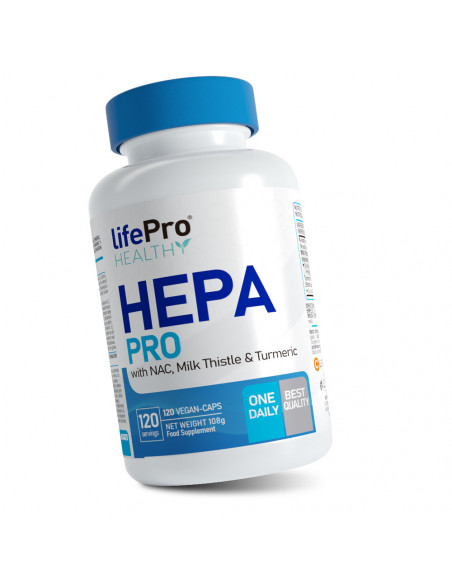 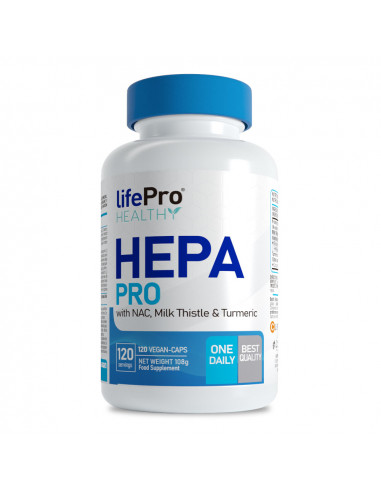 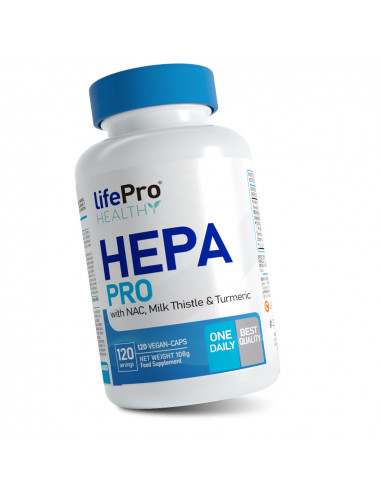 Hepapro is a food supplement formulated with N-acetylcysteine (NAC), milk thistle and Cursol turmeric. Hepapro has been formulated for people with high levels of oxidative stress or who use or have been exposed to toxic substances

The liver is necessary to carry out a large number of functions within the body, such as the metabolism of toxins and drugs, digestion, as well as the production and storage of vital substances. There are liver disorders, which can occur for different reasons; autoimmune, as a result of exposure to drugs and toxic substances, viral or as a consequence of chronic physical or functional injuries.

Among the active ingredients that can help normalise liver function and combat hepatotoxicity are those that promote increased synthesis of endogenous antioxidants or help control oxidative stress.

The properties and composition of Hepapro:

When NAC is taken, cysteine acts as a limiting agent in the synthesis of glutathione, specifically on the metabolites that have generated the toxic effect.

Milk thistle is a plant traditionally used in different regions of Asia, Europe and India.

Its main effects are due to its silymarin content. Silymarin has a mixture of active ingredients, the most important of which is silybinin. Silybinin is responsible for its main effects.

Silymarin has been reported to have some positive effects on metabolic control, cholesterol and liver enzymes that may be altered. As a result, taking silymarin may help control liver dysfunction and oxidative stress, as well as reducing the main symptoms of degeneration of liver function.

Turmeric is a plant used for its broad antioxidant and anti-inflammatory properties. It is a polyphenol found in the root of the plant, which has been used in traditional medicine since time immemorial. It is patented Cursol, which guarantees its quality and bioavailability.

The effects of turmeric on some liver enzymes and oxidative stress have been previously reported in the scientific literature.

What are the benefits of Hepapro?

Take 1 capsule divided and divided as preferred with meals. Consult a healthcare professional if you are receiving any pharmacological treatment before use.