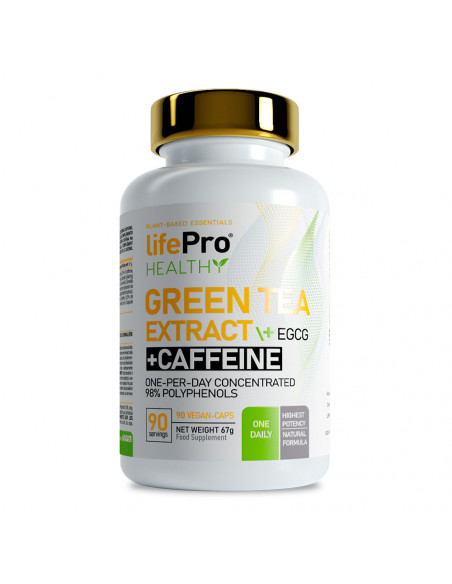 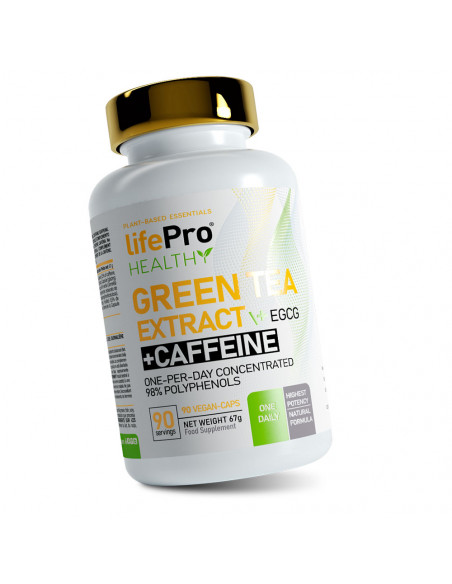 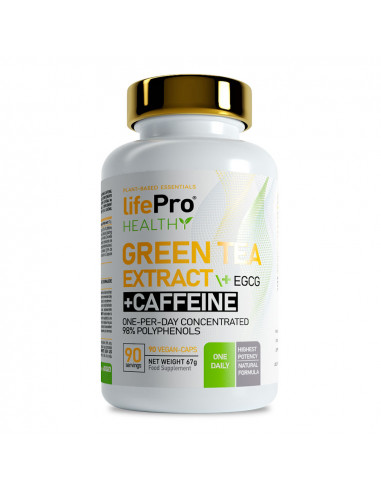 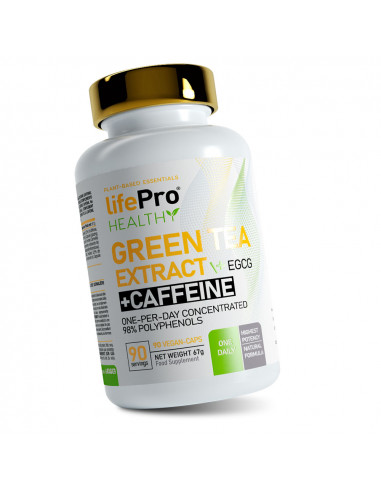 Green tea has been used in traditional oriental medicine for many centuries in various forms.

2 question about the product

What is it used for?

However, current scientific research has determined that despite its effectiveness in presentations such as tea or direct consumption, the most appropriate and efficient intake is in the form of an extract and therefore in encapsulated form, as its dose is easily adjustable for our objectives.

On the other hand, caffeine is a powerful stimulator of the nervous system, as it blocks adenosine receptors, a compound responsible for generating fatigue and drowsiness that appears after a long period of intense exercise or after the generation of continuous fatigue. The stimulant effect of caffeine is also powerful, helping weight loss and improving physical and cognitive performance thanks to the release of catecholamines such as adrenaline, which keeps us connected and helps the development of attentional focus and intense activity.

On the other hand, the consumption of caffeine together with EGCG in effective doses seems to have a synergistic effect, i.e. their combined consumption has better positive effects than their isolated consumption, thus helping the stimulation achieved by these products to be greater, resulting in more efficient weight and fat loss.

This phenomenon is due to the fact that egcg, as well as having a stimulating effect, is able to help make caffeine more bioavailable by blocking the enzyme responsible for its metabolism, so that we have a caffeine with an amplified effect, which we can take advantage of as it is more potent.

In turn, doses of 400 mg of egcg and 300 mg of caffeine are considered effective and synergistic, therefore, within the requirements established for a good egcg, this product has the appropriate characteristics in dosage and composition.

What dose to take?

Consumption of 800 mg of green tea extract (400 mg Egcg) and 300 mg of caffeine anhydrous (2 capsules) is a safe and effective dose.