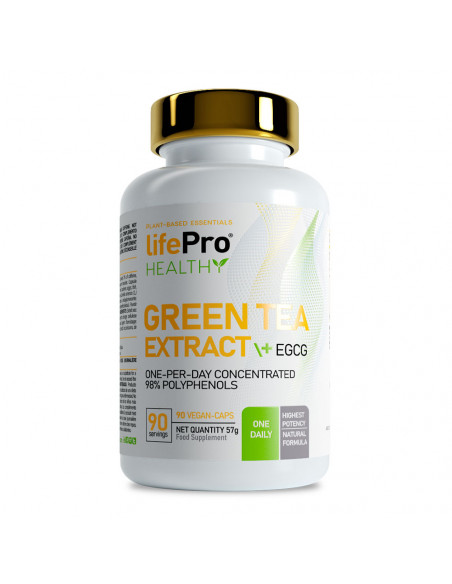 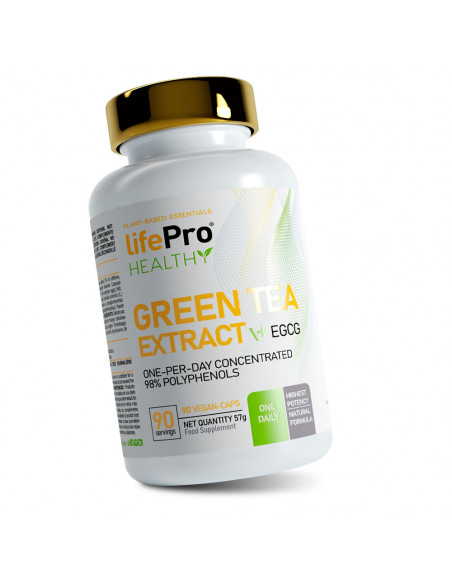 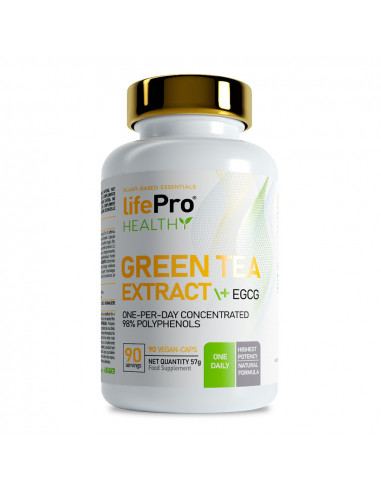 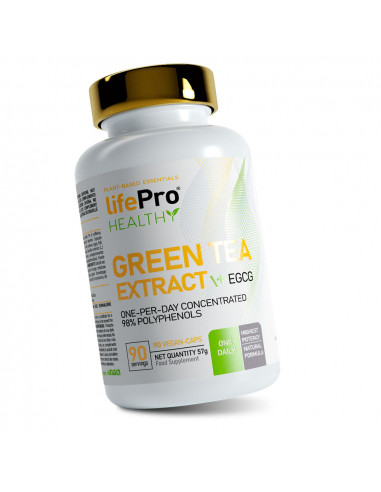 Green tea has been used for thousands of years for its many health benefits: green tea is produced from the leaves of the camellia sinensis plant.

2 question about the product

What is Green Tea + EGCG 98% Polyphenols?

Green Tea + EGCG 88% Polyphenols provides concentrated green tea extract, together with one of green tea's own catechins with which it has been enriched in order to enhance its antioxidant effects. GCG, which has been shown to have a positive effect on oxidation and fat loss, helping to reduce body weight.

Green Tea + EGCG 88% Polyphenols contributes to fat loss, activation of the metabolism and improvement and protection of the immune system.

What are the properties of Green Tea + EGCG 98% Polyphenols?

Catechins are a type of polyphenol naturally contained in green tea, which have antioxidant power. Although there are different types of catechins in green tea, EGCG is the one found in the highest proportion.

The tea has L Theanine, a naturally occurring form of caffeine, which activates metabolism, provides energy and activates thermogenesis.

It has been shown in different studies that EGCG can act by inhibiting the proliferation and differentiation of adipocytes. As a result, it may promote fat loss naturally.

It has been shown to have numerous properties for cardiovascular health: it has the ability to improve the lipid profile.

It also has benefits in relation to insulin sensitivity. It may help regulate blood glucose levels.

What are the benefits of Green Tea + EGCG 98% Polyphenols?

The daily dose is 2 capsules (800 mg green tea extract and 400 mg EGCG) 40-60 minutes before physical activity or exercise. If you are not going to exercise during the day, the 2 capsules can be spread throughout the day.