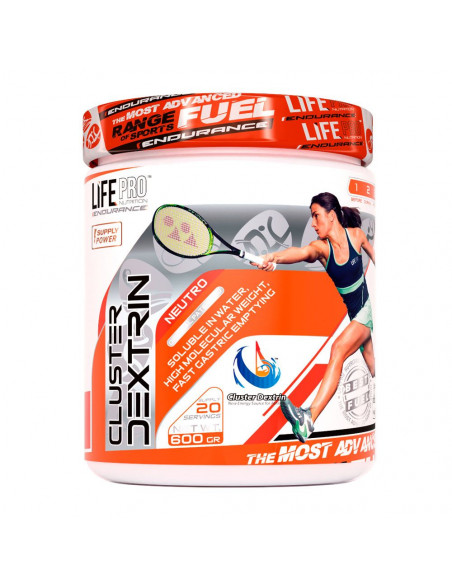 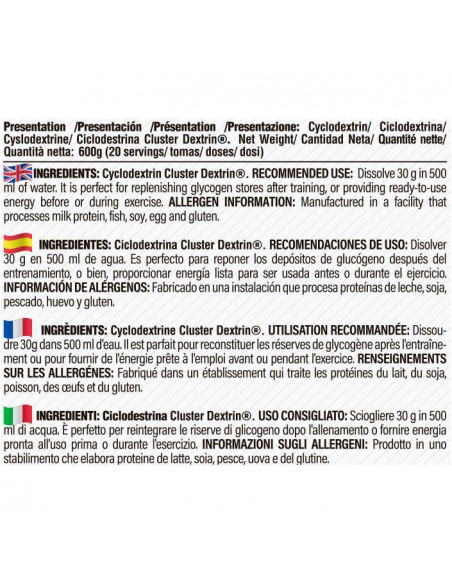 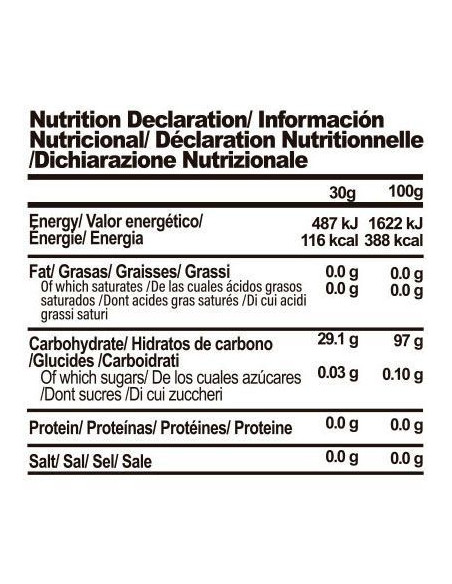 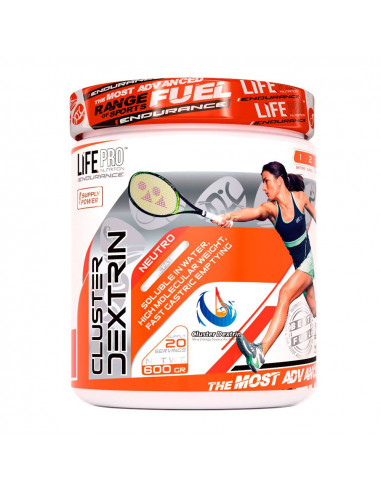 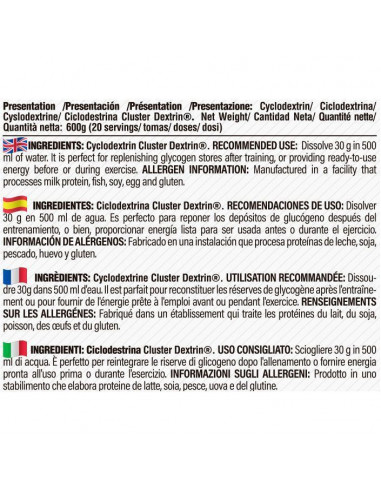 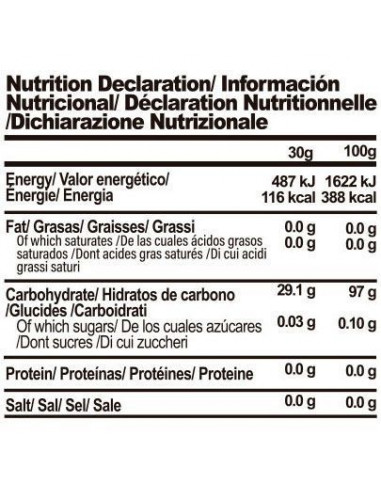 Carbohydrates are a fundamental energy substrate and predictor of sports performance, therefore, they are consumed in large quantities in the diet of athletes. However, the consumption of carbohydrates in the period around training requires a much more specific assessment, seeking to assess good digestion and adequate energy intake.

What is it for?

In sports traditionally known as endurance sports carbohydrates are often used during training as a means of obtaining fast energy during sports practice.

Among the most popular carbohydrates, in recent years the use of cyclodextrins or highly branched cyclic dextrins has acquired an important role.

Cyclodextrin is obtained from the enzymatic degradation of starch, which generates a carbohydrate with improved absorption and reduced gastric emptying. Its water-like glycation facilitates its passage through the digestive tract and its concentration in the blood, which often means no discomfort in those sensitive to other carbohydrates.

These characteristics allow that in those athletes who need a continuous supply of carbohydrates, suffer regular discomfort due to digestion or have some pathology of gastrointestinal origin, it becomes one of the priority options for carbohydrate supplementation.

On the other hand, in those athletes of other modalities whose training does not belong to endurance modalities, but who have very high energy requirements, the use of cyclodextrin can be a smart option to introduce an extra rich caloric intake in the periods around training.

What dosage to consume?

Adjust the dose to your daily energy and nutritional needs. However, the consumption of 30 to 90 g of carbohydrates during exercise has been shown to have an ergogenic effect in medium and long duration sports.

8793
9.90 €
The Valhalla T-shirt is the new garment of Life Pro's sportswear line, breathable, comfortable to wear, and with an innovative design.

8050
2.20 €
Life Pro Shaker 400 ml. Nano BlueTransparent is a practical and useful shaker for shakes, supplements, or water from Life Pro Nutrition. It is very easy to take with you everywhere, being your ideal travel companion thanks its small size.

7831
1.65 €
The Life Pro Fit FOOD sweet potato bagel is a delicious bagel made with sweet potato, ideal for your healthy breakfasts or snacks.

7025
12.90 €
Life Pro Essentials NAC is a food supplement created from N-Acetyl Cysteine, a compound that has great antioxidant properties, in addition to other benefits for the body of athletes.

LIFE PRO FITFOOD
8472
8.00 €
The best pink cream with hazelnut and strawberry. The perfect blend with 12% protein isolate, no added sugars or artificial preservatives.

8554
27.90 €
Life Pro BCAA 2:1:1 is a sports supplement that provides a dose of branched amino acids in a 2:1:1:1 ratio, which contribute to promote muscle mass gain, as well as a better recovery after workouts.

8625
40.90 €
Life Pro Wild Pump is a pre-workout with caffeine that promotes improved performance and energy levels during workouts.

6168
26.90 €
Life Pro BCAA 8:1:1 + Glutamine Ajinomoto 300 G. is a sports supplement that combines 4 types of amino acids, glutamine with BCAAS of the highest quality that favor a fast and adequate recovery after workouts, as well as an improvement in muscle mass gain.

7964
33.90 €
Life Pro Whey Protein is a high quality whey protein concentrate supplement that has been designed in 11 different flavors.