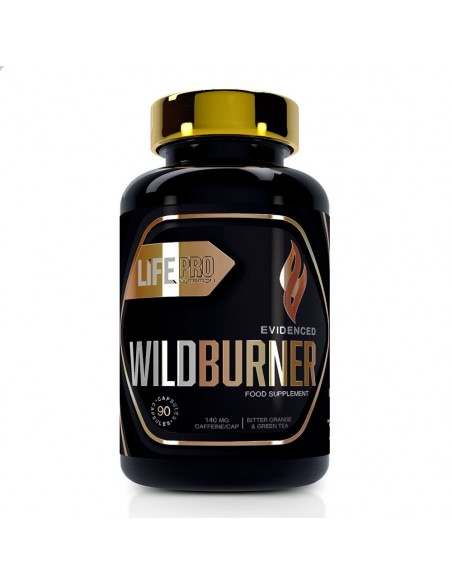 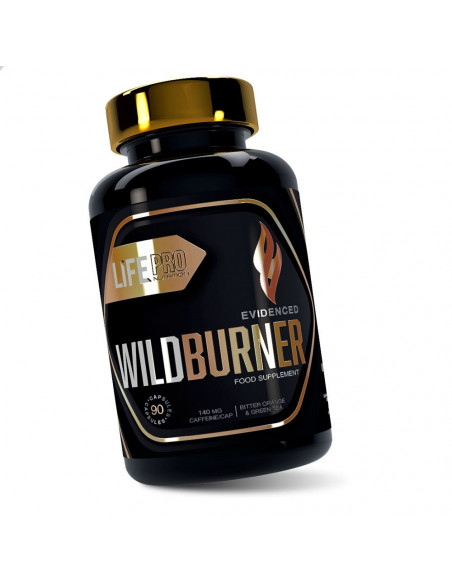 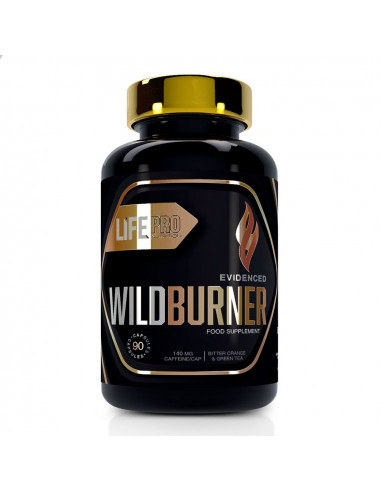 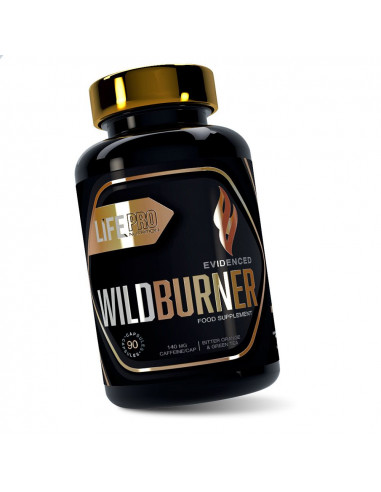 Wild Burner is an ideal supplement for times of fat loss and definition that promotes fat oxidation and increased metabolism, and is the big brother of Evidenced Burner. It is formulated with caffeine anhydrous, synephrine and green tea extract.

4 question about the product

Wild Burner is a supplement that promotes fat oxidation and helps to increase metabolism. It has been formulated with 3 main ingredients that work effectively to support weight loss along with a corresponding calorie deficit.

The combination, formulated by the developers of the Life Pro team, will aid fat loss by having positive effects on aspects such as accelerated metabolism, fat oxidation, improved performance and decreased appetite.

Caffeine is a xanthine found in coffee beans, tea, chocolate or guarana. Caffeine is a compound that acts as an antagonist of adenosine A1 and A2 receptors. As a result, when taken, it helps to mitigate the fatiguing and drowsy effects of adenosine.

Caffeine's main properties include the following:

EGCG, being the most abundant, acts by inhibiting adipocyte proliferation and differentiation. It promotes oxidation and fat loss, resulting in a reduction in body weight.

Scientific studies have shown that fat oxidation is increased both at rest and during physical exercise.

P-synephrine can be found naturally in the peel of the bitter orange, and in other plants of the citrus family. It is a proto-alkaloid that contributes to increased fat oxidation and athletic performance.

The effects of p-synephrine, rather than being primarily central nervous system driven, its effects are mainly local/peripheral with implications for the fatty tissue of the human body.

P-Synephrine, unlike ephedrine, is a legal and effective product intended as an aid to fat loss. It does not stimulate androgen reeceptors.

What are the benefits of Life Pro Evidenced Wild Burner?

The daily dose will vary from person to person, but to start with, 1 capsule (167 mg EGCG, 133 mg caffeine and 30 mg P-Synephrine) is recommended.

In the event of physical exercise, Wild Burn should be taken 40-60 minutes before the activity.

Which is the diference with the burner evidenced? 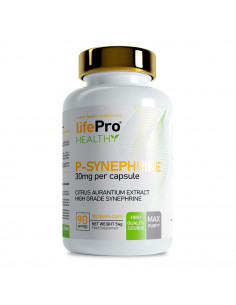 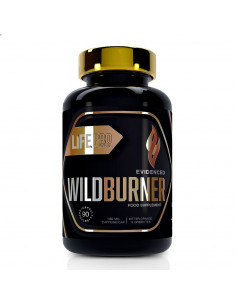