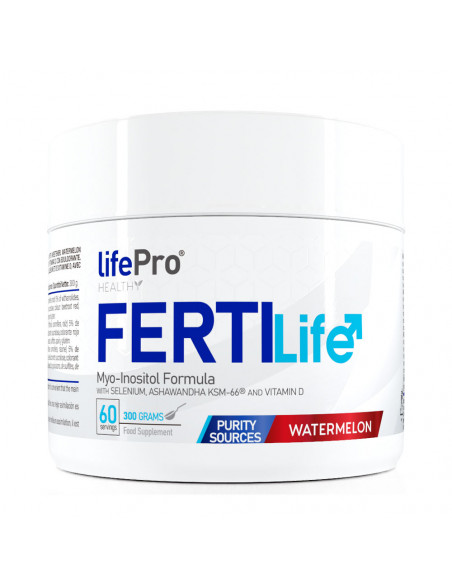 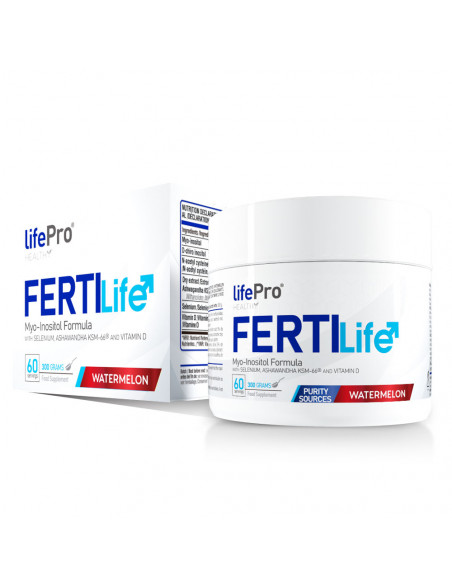 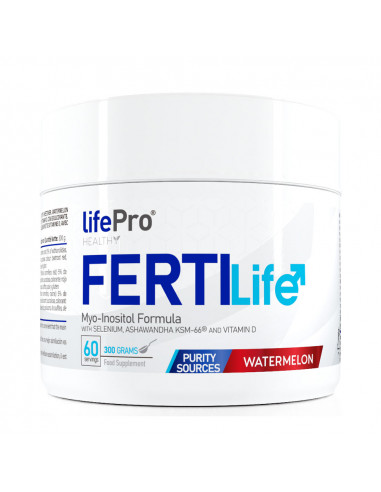 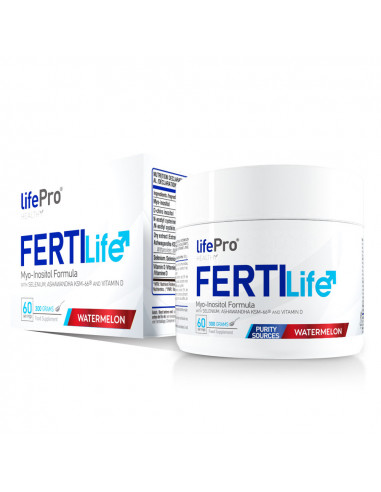 Fertilife for men is a supplement aimed at improving male fertility. It has been formulated with inositol, n-acetyl cysteine, ashwagandha, selenium and vitamin D.

What is Fertilife for Men?

Fertilife Male is a supplement aimed at improving male fertility. The formula of Fertilife for Men is unique and has been rigorously formulated to act through different mechanisms in a synergistic way. It combines inositol, n-acetyl cysteine, ashwagandha, selenium and vitamin D.

The combination of its natural ingredients is intended to increase sperm quality, while improving sperm count, morphology and motility.

Fertilife has been designed in 2 different flavours: Tropical and watermelon.

The composition of Fertilife Male:

Inositol is an effective molecule in the treatment of infertility. Fertilife has been formulated using a combination of myo inositol and chiro inositol, two of the most proven compounds.

One of the main causes of infertility in men is the high presence of oxidative molecules (ROS). NAC supplementation has been shown to improve asthenozoospermia (sperm motility) and sperm concentration.

Selenium is a mineral directly related to our body's anti-oxidant capacity. Selenium is an essential mineral for the process of selenoprotein formation. Selenoproteins are found in seminal fluid. They are also a marker currently used to measure sperm quality.

About 50% of men are at risk of selenium deficiency. Data from Spain show that due to our lifestyle, plasma selenium levels have been reduced.

Vitamin D is a vitamin that we obtain mainly through exposure to the sun. It is estimated that a significant part of the population may be deficient in this vitamin due to factors such as overweight or lack of exposure.

The dosage used in Fertilife is sufficient to reverse any possible deficiency without compromising the health of the consumer.

In relation to fertility, it has been observed that vitamin D receptors are found in both testicles and spermatozoa, which is relevant to sperm quality. This is why low levels of vitamin D have been associated with poorer sperm count and motility.

What are the benefits of Fertilife for men?

How to take Fertilife male?

It is recommended to consume 5g (2 level scoops).

Directions for use: Dissolve two level scoops in 200ml of water and take after the main meal. For a better assimilation, it is advisable that the main meal contains a fat intake. 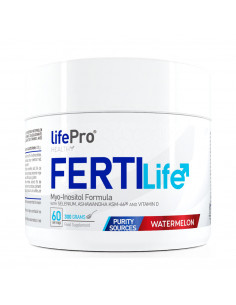 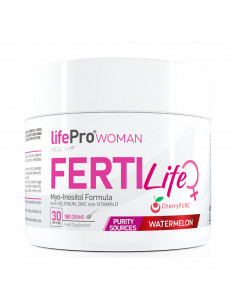